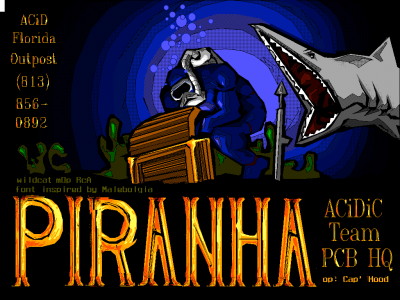 Logon screen for the RIP version of Black Flag BBS.

Introduced in 1993 by Jeff Reeder, Jim Bergman, and Mark Hayton (founders of TeleGrafix Communications), RIPscrip provided a way to encode vector graphics and images as ASCII text. The RIP specification also allowed for the creation of graphical user interfaces with menus and clickable buttons. These RIP menus replaced the ANSI color text menus that were common on BBSes. To view these graphics, a user needed a RIP-enabled terminal program such as TeleGrafix's own RIPTerm which could draw them at a 640x350 EGA resolution. Several utilities, including RIPaint and Tombstone Artist could be used to create RIP screens. 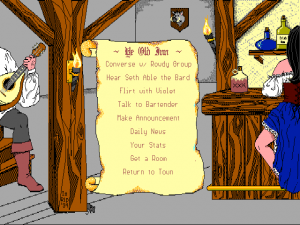 The RIP version of the Inn menu in Legend of the Red Dragon. 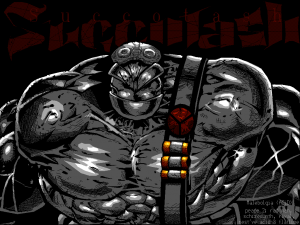 A RIP screen by Malebolgia of the art group ACiD.

TeleGrafix later introduced RIPscrip 2.0 in an effort to bring multimedia capabilities to telnet communications and extend the appeal of RIPscrip beyond just the BBS market.[1] By this time however, public access to the Internet, and more specifically the World Wide Web, caused interest in text-based systems such as BBSes to rapidly decline resulting in the eventual end of RIPscrip development and TeleGrafix Communications. Although RIPscrip 2.0 was released and 3.0 was planned, the most common version of RIPscrip in actual use was the 1.5x series.

Vector image standards used on the World Wide Web today such as Adobe Flash and Scalable Vector Graphics (SVG) have some similarities to RIP .